There was an error retrieving images from Instagram. An attempt will be remade in a few minutes.

I was pretty excited late in 2014 to see a movie version of The Little Prince by Antoine de Sainte-Exupéry was in production. It’s a French classic written as a children’s book, but the concepts and messages seem like something that will go right over a child’s head. It’s almost better read as an adult to remind us of important parts of life that are easy to lose sight of as we grow up.

Growing up is not the problem. Forgetting is.

—The Aviator, in the movie adaptation

The first trailer I saw was in French, but it was enough to get me excited with its beautiful animation, particularly the loving tribute to Sainte-Exupéry’s original illustrations.

Fortunately I’m still reasonably fluent in French. In fact I first read the book in a high school French class. It’s a popular choice because it’s written as a children’s book with simple language, but the story can still be engaging for more adult readers. Here’s an English language trailer:

What I was seeing in late 2014 indicated the movie would be released in the US for the holiday season in 2015. I didn’t think much more about it, until something reminded me about the movie in early December 2015. I realized I hadn’t seen any promotion for the movie, which surprised me since I expected it to be coming out shortly. I looked it up and was disappointed to discover it wouldn’t be released in the US until March 2016! Then I discovered the movie had already been released in France in June of 2015. I figured a movie that old was probably out on DVD/Blu-ray by now, and started searching on Amazon.fr. Sure enough, it was out, in a variety of editions, and they included the English language track! Better yet, some of the (conflicting) technical information indicated the movie did not include region coding, so I would be able to watch the movie here in the US! I decided to be impatient, and ordered the Limited Edition (which I’m glad I did when I did, because it was €33.33 when I bought it and now it’s €83.99). 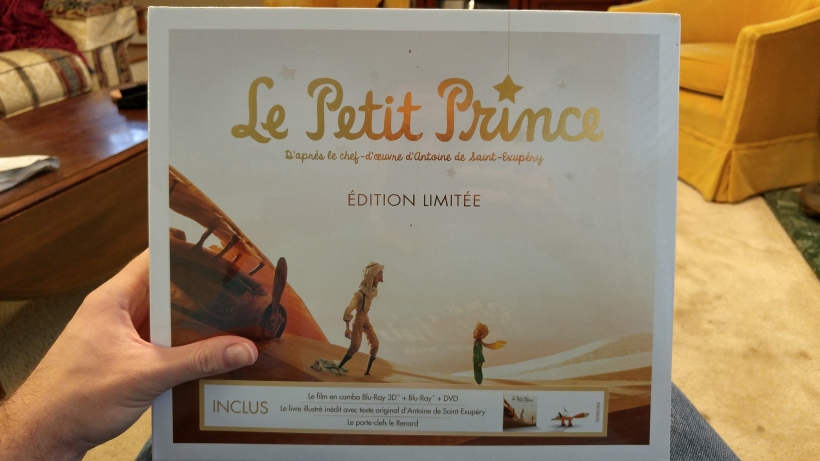 Unfortunately, it turned out the movie does have region coding on it, and the Blu-rays are set for region B and DVD for region 2. I’m in region A/1. I wasn’t really worried, though; several years ago I bought a Blu-ray player that plays discs from any region (and will continue to do so as long as I don’t upgrade the firmware to “fix” this “error”). I just needed to get it from my parents’ house, where I’d left it because they’d ordered from England some DVDs of a British show they liked, unaware of how region coding would interfere with watching the show. Worst case scenario, I could watch the DVD on a computer hooked up to the TV using VLC. As it happened, I didn’t need to do either; my brother recently bought a NAS and has been using it as a Plex media server, and he’s been ripping all our Blu-rays using Make MKV. It not only decrypts the media, it also ignores the region coding. I was able to enjoy the movie in beautiful high definition streaming right on the TV.

And let me tell you, this movie is beautiful. There are two parts to it, the original story by Saint-Exupéry, and a story around it where The Aviator who serves as the narrator in the book tells the story of The Little Prince to a little girl who lives next door. The modern setting with the Little Girl is done in 3D animation, but the story of The Little Prince is lovingly rendered in stop-motion papercraft animation in a close tribute to  Saint-Exupéry’s original drawings. I was worried about the extra story, but it does a really nice job of drawing out the message of the book and tying it to the modern world, especially for young viewers. Our heroine is hard at work preparing for her first year at the prestigious Werth Academy. The movie shows her to be very intelligent (she’s 8 years old but one of the textbooks she’s working through is on Analytical Geometry) and is being raised solo by her mother who works very hard to make sure she has the best advantages in education. In the quest to get ahead for adulthood, though, our heroine is missing out on the chance to be a child. She spends all her days following a closely regimented schedule, without any time for a friend or even playing. Werth Academy promises she will become essential as an adult. The Businessman the Little Prince encounters wants everything to have a purpose, nothing can be inessential. But what really is essential?

It is only with the heart one can see rightly. What is essential is invisible to the eye.

What is really essential are the ties we make with the people we care for. The movie also uses this as a lesson about loneliness and loss. Early in the movie The Mother dispiritingly tells The Little Girl that it’s important she work hard because she’ll be alone—all alone. The Aviator, though, both helps The Little Girl to have a friend, and helps show her how she can not be alone, even though the now elderly Aviator will leave her sooner than later, just as The Little Prince left him to return to his home. I’m no parent, but it seems like it’s done well for kids, and will probably be touching to adults too as we have friends we’re separated from and maybe don’t get to keep up with as much as we’d like anymore, or friends we’ve even lost as we get older.

It’s neat seeing a movie as it was intended for a different market than my own. Onscreen graphics are in French instead of English. I was thrown by the credits at first until I realized they were for the French voice actors instead of the English ones I’d listened to. There are several songs in French and I’m curious to see if they’re changed to English versions in the American release. I also caught an interesting glitch where a sign was in English in a wider shot, but changed to French in a closer view. 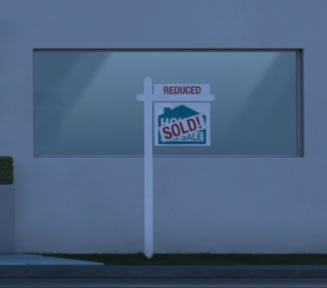 English in the wider shot.

French in a closer view.

I’m curious if this was something someone simply overlooked or if it was deemed not worth the trouble to change for such a small size in such a short time period on the screen. Even though I have the movie, I’m definitely going to go see it in the theater and see what’s changed. Who knows, I might even buy the American Blu-ray as well!

In dedicating his book, Saint-Exupéry dedicated it to his friend Leon, with a caveat:

I ask the indulgence of the children who may read this book for dedicating it to a grown-up. I have a serious reason: he is the best friend I have in the world. I have another reason: this grown-up understands everything, even books about children. I have a third reason: he lives in France where he is hungry and cold. He needs cheering up. If all these reasons are not enough, I will dedicate the book to the child from whom this grown-up grew. All grown-ups were once children—although few of them remember it. And so I correct my dedication:

TO LEON WERTH
WHEN HE WAS A LITTLE BOY

The book and the movie are made like they are for children, and can certainly be enjoyed by children, but really both are made for the children we adults once were, adults who may have become so preoccupied with “adulting” that we’ve lost sight of what’s essential, how to really live and enjoy life. If you’re already a fan of the book go see this movie without fear; they have done it justice. If you’ve never read the book go see the movie, then consider reading the book. It goes into more that is clearly for adults (children are rarely alcoholics, for example). Watch and read it with the innocence and joy of the child you once were.