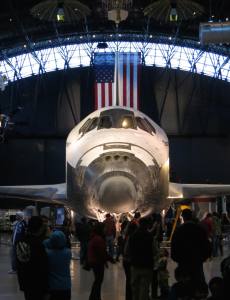 On this date 5 years ago the space shuttle Discovery first went on display at the National Air and Space Museum’s Stephen F. Udvar-Hazy Center, next to Washington Dulles International Airport, following its final spaceflight. It’s imposing to see staring back at you as you walk into the gallery. The size of the orbiter is massive, especially when you compare it to every other vehicle that has carried humans into space before or since (most of which have some display version, if not an actual vehicle, either at the Udvar-Hazy Center or at the main facility in Washington, D.C.). The Smithsonian has preserved Discovery as it was following its final mission, still with scorch marks on the outside from its final reentry. I was surprised to see that a lot of the exterior is covered in fabric; only the black part is ceramic tile. Both provided the same thermal protection performance. These pictures are from my visit this past New Year’s Eve. 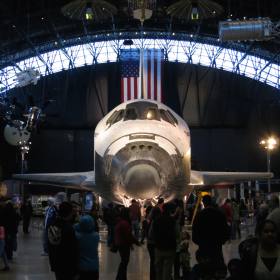 Discovery stares you down as you enter the gallery. 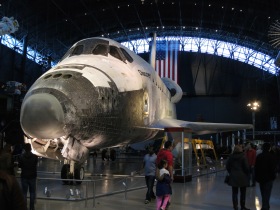 It’s not the biggest plane in the building, but it’s nowhere near the smallest. 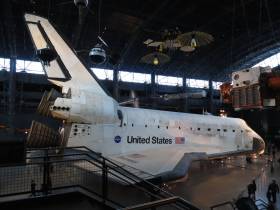 I had to step way back to fit the entire orbiter in this picture. 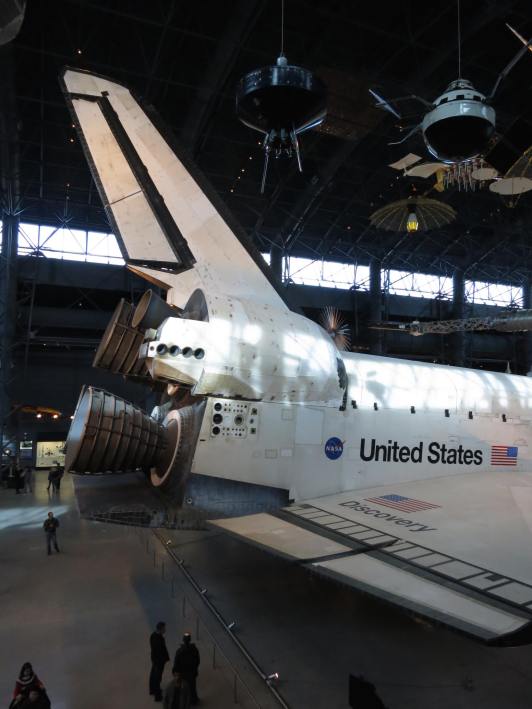 Compare the person standing under the main engines to get a sense of just how huge Discovery is! 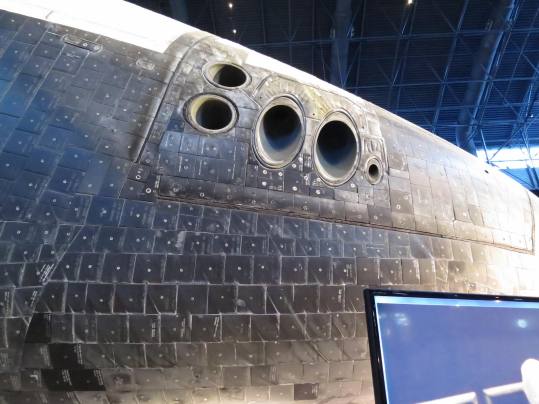 These are some of the maneuvering motors on the nose. 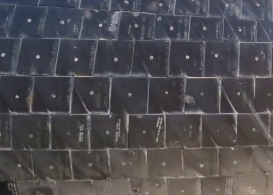 Here’s a full-size crop of the previous photo for a detailed look at the tiles. While capable of withstanding extreme temperatures, they’re actually very fragile and can be broken just by someone touching them. The lining between the tiles is felt, which is the source of most of the scorching you see. 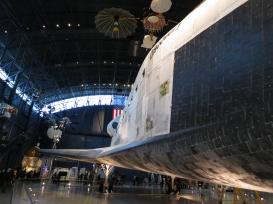 Looking down the starboard side of Discovery from my eye level. I’m 6 feet tall (roughly 2 meters), for an idea of the size. 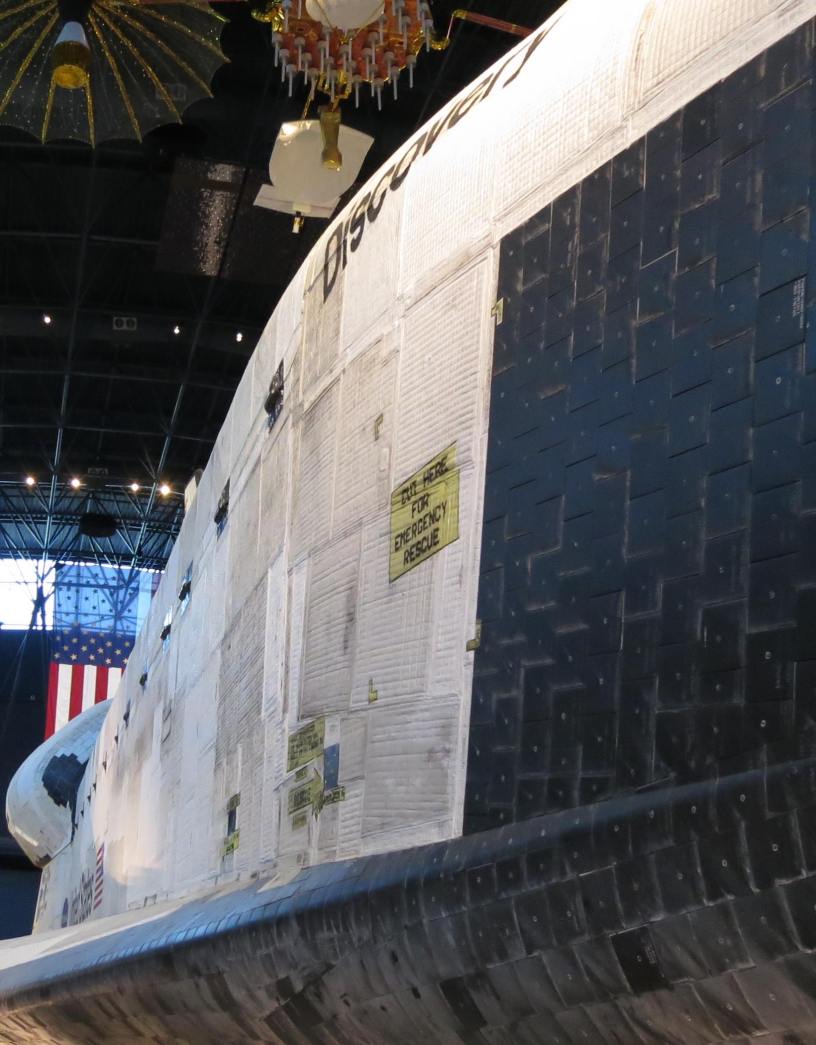 For more on Discovery’s transfer to the Smithsonian I highly recommend the documentary Shuttle Discovery’s Last Mission. It still shows on TV sometimes (I saw it by chance a few weeks ago), or is available on Netflix. 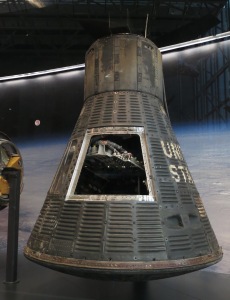 On this date 55 years ago, John Glenn became the first American to orbit the Earth, flying in his Mercury capsule named Friendship 7. I got to see this in person this past December at the National Air & Space Museum. I’d always read about how small they were, but you have to see it to believe it. This thing could easily fit in the back of most minivans! There was a largely unseen army of people supporting Glenn, but it still took a lot of guts to strap into this new vehicle and take it where no one had gone before.